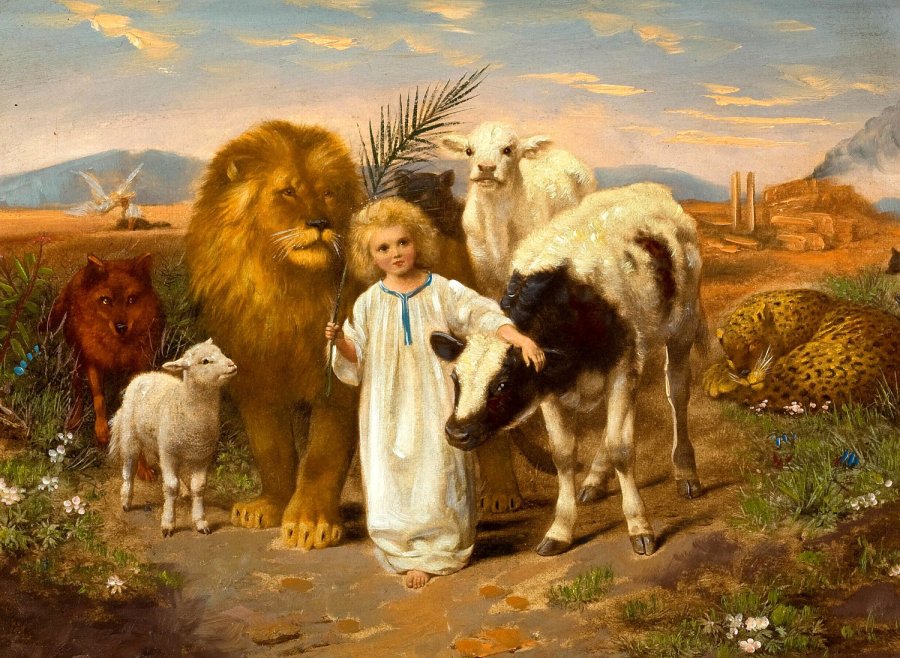 Many people, who have a Christian background other than Seventh-Day Adventists, are turning agnostic or even atheist after becoming vegan because their Christian friends and clergy do not practice what they preach. They speak of love, compassion and selflessness, yet they do so with death on their breath. This is why I did not go to church for so long. Christians defended violence and bloodshed. A vegan atheist has more compassion for God’s creatures than a Christian flesh-eater. A vegan agnostic cares more about the planet, (future generations: the children of the world), than a Christian carnist.

Veganism is on the rise and so are plant-based diets. People of all religions, and no religion, are advocating for animal welfare or becoming healthier. Should not Seventh-Day Adventists be at the forefront of this message? After all, Ellen G. White —co-founder of the SDA church— was sharing the message long before the word “vegan” was existed.

“Shall we who have had such great opportunities allow the people of the world to go in advance of us in health reform? Shall we cheapen our minds and abuse our talents by wrong eating? Shall we transgress God’s holy law by following selfish practices? Shall our inconsistency become a byword? Shall we live such unchristianlike lives that the Saviour will be ashamed to call us brethren?

“Shall we not rather do that medical missionary work which is the gospel in practice, living in such a way that the peace of God can rule in our hearts? Shall we not remove every stumbling block from the feet of unbelievers, ever remembering what is due to a profession of Christianity? Far better give up the name of Christian than make a profession and at the same time indulge appetites which strengthen unholy passions.”

Many SDA pastors are hiding the health message while atheists are screaming it from the rooftops of social media. WHY?

One important part of the work of the ministry is to faithfully present to the people the health reform, as it stands connected with the third angel’s message, as a part and parcel of the same work. They should not fail to adopt it themselves, and should urge it upon all who profess to believe the truth.

The health reform, I was shown, is a part of the third angel’s message, and is just as closely connected with it as are the arm and hand with the human body. I saw that we as a people must make an advance move in this great work. Ministers and people must act in concert. God’s people are not prepared for the loud cry of the third angel. They have a work to do for themselves which they should not leave for God to do for them. He has left this work for them to do. It is an individual work; one cannot do it for another.

I do my best to point people back to Christ. I recommend SDA churches to my thousands of followers on social media. It is a strike to my heart when they come back to me and say that the SDA church they visited offered them food that was the product of suffering, bloodshed and death. How am I supposed to respond to this? Should I tell them that, while our religion strongly advocates for animal welfare and a plant-based diet, some of our pastors and members do not practice our beliefs? That, in essence, tells them that our religion is disorganized at best. But why should our pastors be preaching the health message when they never hear any others preaching it?

There are some professed believers who accept certain portions of the Testimonies as the message of God, while they reject those portions that condemn their favorite indulgences. Such persons are working contrary to their own welfare, and the welfare of the church. It is essential that we walk in the light while we have the light. Those who claim to believe in health reform, and yet work counter to its principles in the daily life practice, are hurting their own souls and are leaving wrong impressions upon the minds of believers and unbelievers.

After a year in the SDA church, there were members who made me wonder if I was in the right religion. That’s when I discovered a prophecy by E.G. White that had come true more than seventy-five years ago.

“. . . Animals are becoming more and more diseased, and it will not be long until animal food will be discarded by many besides Seventh-day Adventists. Foods that are healthful and life sustaining are to be prepared, so that men and women will not need to eat meat.”

In the year of 1944, Donald Watson and his wife discovered that many people were giving up all animal products for ethical purposes. The term, vegetarian, did not apply to them because vegetarians abstained from eating flesh merely for their own health. Many of them also continued to consume eggs and milk. Mr. and Mrs. Watson penned a name for this movement: vegan. Subsequently, The Vegan Society was born and is stronger today than it ever was.

What she predicted, “it will not be long,” only took 44 years to come to fruition. What time-frame do you think she had in mind when she said:

The time will come when we may have to discard some of the articles of diet we now use, such as milk and cream and eggs; but it is not necessary to bring upon ourselves perplexity by premature and extreme restrictions. Wait until the circumstances demand it, and the Lord prepares the way for it.

Should new converts be expected to instantly go vegan? Of course not!

Let the diet reform be progressive. Let the people be taught how to prepare food without the use of milk or butter. Tell them that the time will soon come when there will be no safety in using eggs, milk, cream, or butter, because disease in animals is increasing in proportion to the increase of wickedness among men. The time is near when, because of the iniquity of the fallen race, the whole animal creation will groan under the diseases that curse our earth.

What are we telling the world when we have officers of the church who have no intention of ever considering a 100% plant-based diet? How does it look when decades-long members still partake of stumbling blocks and no one seems to care?

God requires of His people continual advancement. We need to learn that indulged appetite is the greatest hindrance to mental improvement and soul sanctification. With all our profession of health reform, many of us eat improperly. Indulgence of appetite is the greatest cause of physical and mental debility, and lies largely at the foundation of feebleness and premature death. Let the individual who is seeking to possess purity of spirit bear in mind that in Christ there is power to control the appetite.

Every day, people are dying from ways which could be avoided if they only know what we ought to know and share. Please consider progressing toward a healthier way of living. Need some help? Read How Do I Go Vegan?

2 thoughts on “Does the SDA Health Message Really Matter?”

This site uses Akismet to reduce spam. Learn how your comment data is processed.